House of Prayer Church is a local church/prayer fellowship in the Gothenburg area. Their passion is prayer, family, and generosity. They live a supernatural lifestyle together with the Holy Spirit on a daily basis. They love to see Jesus meet and transform people’s lives and draw them nearer to their true identity in Christ. Their mission is to raise up a new generation of bold Christian believers in Scandinavia and the Nordic region, who dare to believe that what seems impossible, is doable.

Salvation Army, Kvarnbygatan 6, Mölndal on Sundays at 5pm and Tuesdays at 6pm. 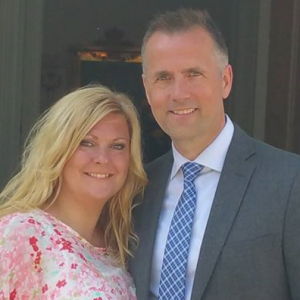 Terje and Helene Nordboe are the leading pastors of House of Prayer Church. They have served the Lord Jesus together since they married. As newlyweds, they became missionaries in Slovakia and the Czech Republic for approximately three years. They have traveled to many nations to minister the gospel and have seen the supernatural power of the Lord transform lives. Terje and Helene long to see a new bold generation rise up and take place no matter of time, distance, or costs. They want to see believers equipped and activated in the gifts of the Holy Spirit, carrying the power of God.

Greet the brethren who are in Laodicea, and Nymphas and the church that is in his house.

The years between 2013 – 2016 were a time in the desert – spiritually speaking in the lives of Terje & Helene Nordboe. When you know for sure that something new is about to take place, but not sure of the exact timing of it, then it can be easy to start questioning the Lord and yourself. For the time being, God kept them in the environment they attended. During this period, the Lord gave Terje & Helene Nordboe two distinct Bible verses to strengthen them, one from Genesis and the other from the gospel of Mark. However, at the beginning of March 2016, they felt it was the right time to move forward.

#1. Terje & Helene knew they were not going to move to another nation, but understood that they were about to step into a new work.

Now the Lord had said to Abram: “Get out of your country, from your family

and from your father’s house, to a land that I will show you

#2. To Terje and Helene, this became very personal. It meant opening their own private house for a house of prayer for all nations.

So they did on Friday, September 2, 2016. They started to call their gatherings simply for House of Prayer as a reference to the gospel of Mark. They added Church later to make it clearer what the House of Prayer actually was. From the Fall 2020, House of Prayer Church opened in Gothenburg at Salvation Army East Corps once per month,